The Philosophy of Education

'At the pass we've come to historically, and after 26 years of teaching, I must conclude that one of the only alternatives on the horizon for most  families is to teach their own children at home.' John Taylor Gatto

John Taylor Gatto wrote Dumbing Us Down nearly 30 years ago. It sold over 200,000 copies and subsequent editions have been printed with additions. I first heard about Gatto in discussions on home ed. email lists. I followed a link and read some of his essays and became a fan! I read Dumbing Us Down when John Taylor Gatto was coming to Australia where I was excited to see him as the keynote speaker for the National Home Education Conference in 2007. Gatto was New York City and State Teacher of the Year at various times in his career. He taught at a school where students everyone else had given up on were sent, and he did a good job with them ­ but in a creative and unorthodox way. He let them out of school, to be around town, working on various projects, learning first hand how to work the system. Still, he resigned, stating that he was no longer willing to hurt children. He mentions several episodes of trouble with the educational bureaucracy in his essays; even though he was having such exciting success with these “troubled teens”, there remained concern over what he termed his “guerrilla curriculum … stuffing them with primary experiences …from an ad-hoc basis”.

As well as his thought-provoking writing and his public speaking schedule, Gatto worked on a documentary film about the nature of modern schooling entitled The Fourth Purpose, with his friend and former student, Roland Legiardi-Laura. It consists of three 2-hour episodes and is the first documentary to provide a context within which the nature of the American public school system may be examined.

As John pointed out, “the most influential US commissioner of education that ever existed was William Torre Harris, and in a book he wrote, back in 1906, The Philosophy of Education, he said that the purpose of schooling was to alienate children from their families, their churches, their neighborhoods, and themselves! I mean, it wasn't a secret, its just that people who walk their dogs, or look at the sun come up in the morning, they don't have time to read books called The Philosophy of Education!”

As part of The Odysseus Group, who aim to revive public discussion of education and give decision making back to the people, Gatto created a rural retreat and library in Chenango County, New York, for groups to meet and discuss school reform.

Gatto’s explanation of the history of compulsory education is mind-blowing. It’s the kind of stuff that makes me glad to be homeschooling, that’s for sure! I did not initially give much thought to how much commercialism, religion and government control play a part in modern schooling. I feel free, powerful, blessed. For my whole adult life, I have been learning in freedom alongside my children. 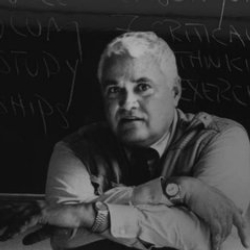 Further Reading:
Dumbing Us Down: The Hidden Curriculum of Compulsory Schooling (1992)
The Exhausted School (1993)
A Different Kind of Teacher (2000)
The Underground History Of American Education (2001)
Weapons of Mass Instruction (pdf) 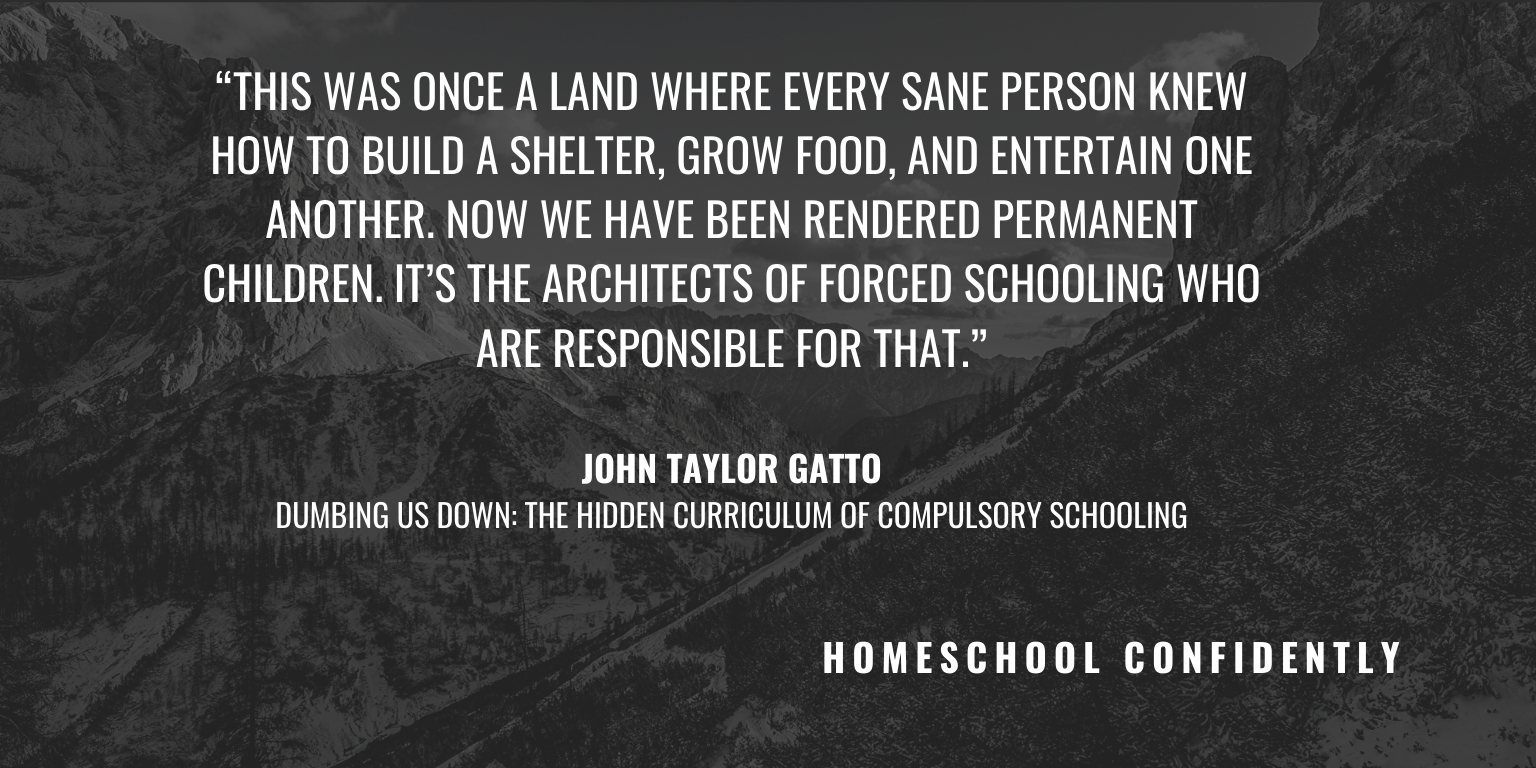