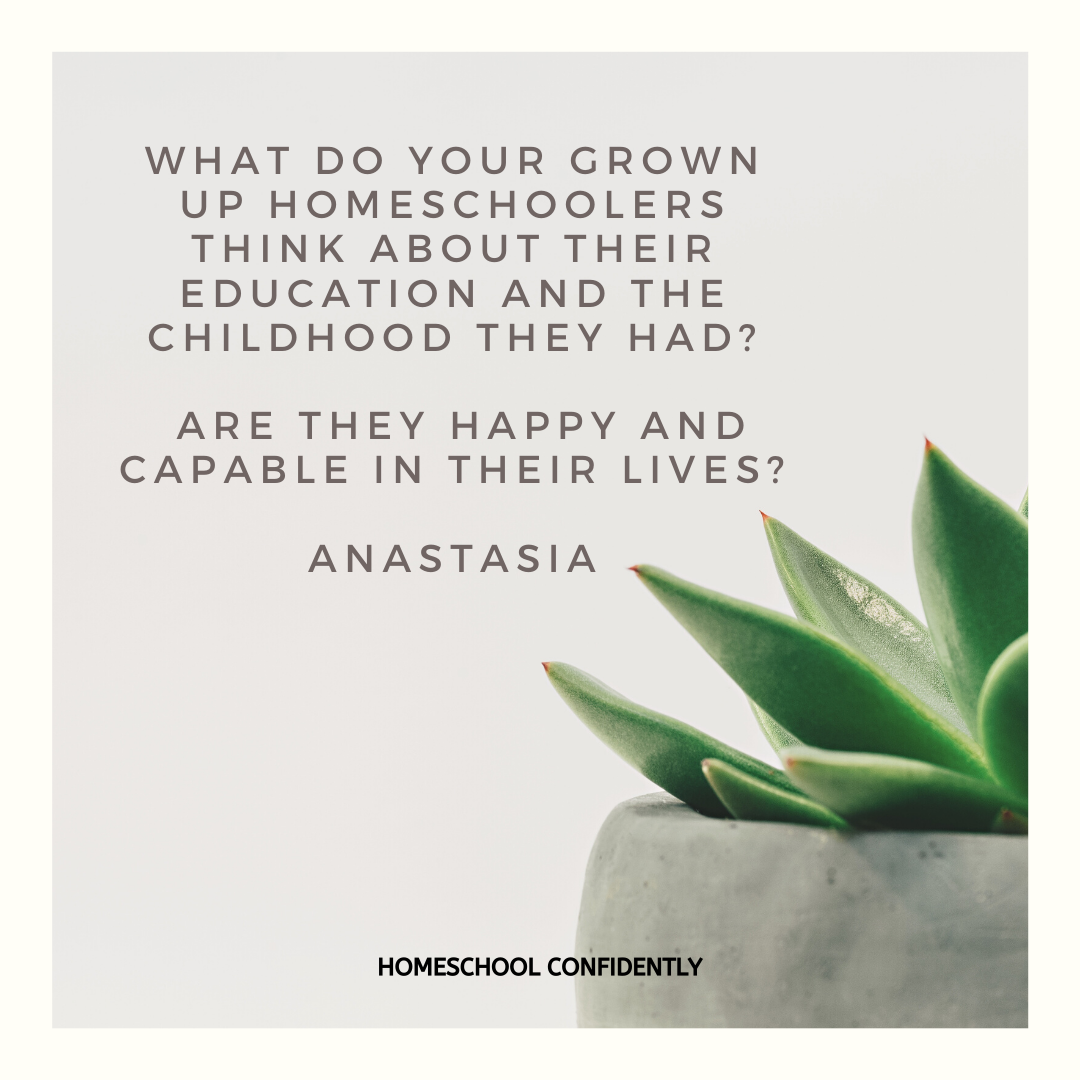 It’s funny, they’ll often joke, if they don’t know how to do something, or don’t know something, “Well, duh, homeschooled.”  And while it’s a joke, I think they might sometimes feel self conscious that they don’t know all the same things as their peers.  But really, their peers don’t know the same things as each other, either!    People have made presumptions about them, their family and their education based on homeschool myths too, which can be awkward.   I find that it’s less common now that there is a lot of positive media coverage of home education.  Once the kids are a couple of years older, they realise they are just as well-educated as those who went to high school, and a couple of them have described it to me as “the ultimate private education”.

We each have different skills and strengths.  One thing they all know is that they can learn ANYTHING they choose, and a couple of them have thanked me for that too, that they don’t have limiting beliefs around study and careers.  For me, that is one of the best things to come of this journey...  What a great attitude to carry into adulthood!

Occasionally they’ll whinge that they were socially isolated, or some other homeschool cliché, but just as often they’ll recall the great times they had at home ed group and camps, with their local friends, and with each other.  They also did a lot of gymnastics, swimming, dance, theatre and other activities, so rather than “socially isolated”, I’d describe their experiences more as “school-deprived”!  I think it’s just part of one’s youth to lament what we didn’t have as a child or adolescent, but it passes quite quickly as we mature.

Our children wished we lived right in a town or city, at times, but they also loved living beside rivers and creeks, with forest and room to run and explore and hide.  They had animals to care for, and could build things.  They planted seeds and trees, and grew food and flowers.  And we live less than ten minutes’ drive to a town.  Overall, they say positive things about their childhoods.

Yes, they are mostly happy and capable in their lives.  Easily as much as their age peers!  Sometimes I do worry about them, but when I look around and listen, others their age can be a little lost or overwhelmed too, feeling pressure from time to time.  They take reasonable care of themselves, have friends, pay their bills, travel, study, and work…  I really couldn’t ask for more!  I’m proud of each of them for their achievements and growth as they navigate adulthood.