Socialisation: What About It?

Many articles have been written before on the socialisation of home educated children. Still, the question arises more often than most others. To many home educators it’s the most ironic question of all. I mean – what about it? Socialisation is the main reason some families choose home based learning. They don’t see school as an opportunity to learn positive social skills, but more as a place to experience negative socialisation. It seems surprising that those in the school community bother to ask about the home educated’s socialisation – can’t they see what is going on in their classrooms and playgrounds?

“This depends on the kind of sociability you prefer – positive and altruistic or negative and self-centred. Many parents confuse peer orientation and dependence with sociability when instead true sociality thrives on secure, independent thought.” Raymond and Dorothy Moore

Many parents of previously schooled children have noticed an increased ability in their now home educated children to socialise in a positive manner. All socialisation is not positive. It’s frequently argued that letting children experience bullying, harassment and other negative social experiences will help them to cope in the real world. I believe it better to face these issues as a more mature person. A strong self-image and high self-esteem are valuable tools in dealing with unacceptable social conduct by others. To choose home education isn’t being over-protective.

“We should nurture an understanding of childhood’s promises and potentials – then give our children room to explore these for themselves.” Helen Hegener

How will they cope in the real world? Home educated children live in the real world! They generally have more social contact with a wider variety of people than many schooled children do. This means they are less influenced by their age peers and so are free to find out who they really are, and what they want from life. 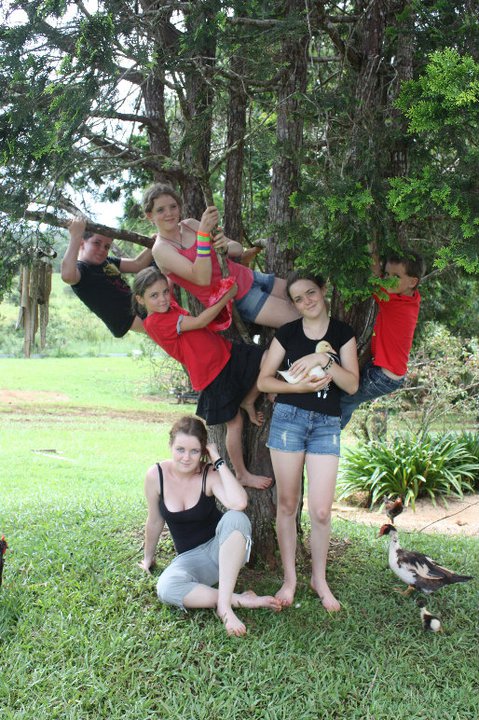 As John Holt Wrote in Teach Your Own, “ The schools may in fact be able to prepare children to fit into the mass society, which means, among other things, believing what most other people believe and liking what most people like.” And “If there were no other reason for wanting to keep kids out of school, the social life would be reason enough. In all but a very few schools I have taught in, visited, or know anything about, the social life of the children is mean-spirited, competitive, exclusive, status-seeking, snobbish….” Indeed, peer pressure, value systems that don’t coincide with the family’s values and bullying are some of the main reasons parents state they have removed their children from mainstream schooling to try home education.

By definition, socialisation in the context of the home educated child may mean:
- Play time with other children
- Interacting sociably within our community
- The development of desirable social skills

So, are home educated children deprived when it comes to socialisation? Of course not! They are as socialised as any schooled child is; it is just that the socialisation takes different forms in different environments. There is no uniformity to the home educated children’s social learning, and that is perhaps where the socialisation concern stems. Since these children are often not experiencing societal norms, there remains the debate over whether they are learning socially at all.

Speaking with home educated children and teens during my past 25 years of participating in and researching home based learning, I have realised that these young people have more social intelligence than any schooled children I know. From them, I learned to trust that without school our own children would thrive socially.  And they have!

“The most important society even for high school youth is the family unit. The association should provide the principle elements for social development, love, security, discipline, interdependence and responsibility. Friends outside the family are important, but they don’t have to be present every day for the formation of socially well-developed individuals.” Ted Wade

Reflecting on: Reading
Homeschooling During Illness
Socialising Outside the Box